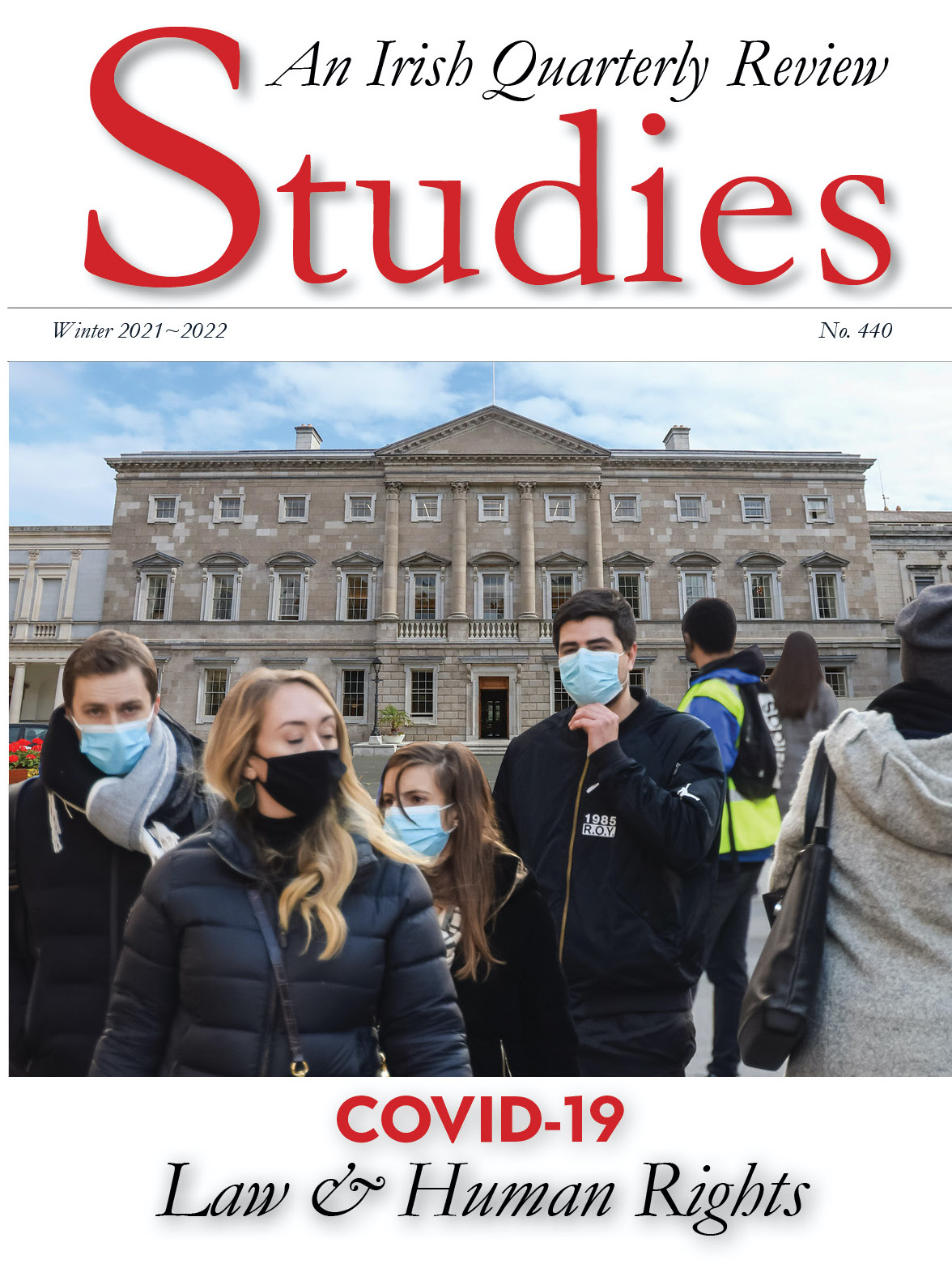 It was understandable that the collapse of the Soviet bloc in the early 1990s would give rise to a kind of liberal euphoria in the West, a sense that the ideological war was over and that Western democracy had won. The events of those days had shown up, it was generally thought, both the weaknesses of authoritarian regimes and the stability and strength of liberal democratic culture. Many people disagreed with Francis Fukuyama’s diagnosis that the triumph of the West marked an endpoint of societal evolution, there being nowhere higher to go after the development of the underlying principles and institutions of liberal democracy, but there was a general perception that the benefits of constitutional sovereignty, the rule of law, an egalitarian ethos, and a sense of human dignity were self-evident. Who wouldn’t go for these if they could?

The story seems more complex now, however. Within a few short years of the fall of the Soviet Union critical questions were asked of Western forms of liberal democracy, and the answers were not always convincing. At a theoretical level, for example, communitarian philosophers cast doubt on the willingness or ability of purely procedural liberalism to identify and work for the common good when vested individual interests were at stake. The case was easy to make. The West had singularly failed to address poverty, clientelism, the obscene accumulation of personal wealth, and the ill effects of economic globalisation. Other weaknesses showed too as critical situations emerged in the new century. There was the rise of terrorism, then the financial crisis of 2007–8, the drastic acceleration of climate change, and unprecedented migration crises – all of these exposed conceptual and structural weaknesses in the dominant models of governance. They also contributed to powerful currents of resentment and distrust and to a sense of victimhood.

What began to happen then was almost literally unthinkable back in the heady days of the early 1990s. The national electorates of some of the most advanced Western states began to opt for one or other form of ‘illiberal democracy’ – strong rulers, less constrained by legislative or juridical intervention, who permitted or in some cases endorsed
ethnonationalism (usually a kissing cousin of racism), restrictions on civil freedoms, and the practical exclusion of minorities from legal protection. When Trump was elected president of the United States in 2016, Fukuyama expressed his fear for the future of liberal democracy. Referring to the rise of right-wing populism he acknowledged that ‘twenty-five years ago, I didn’t have a sense or a theory about how democracies can go backward. And I think they clearly can’.

None of this must be taken as an argument against core democratic values. Quite the contrary. As disadvantaged people in many modern states have found themselves on the receiving end of what Jan-Werner Müller has recently called ‘the authoritarian-populist art of governance’, it seems more urgent than ever that states would hold fast to a conception of the rule of law which protects the system of checks and balances and thereby sustains a culture of equality, fairness, answerability, and transparency. Also that it would be guided by a rich notion of human dignity and the value of life. What we have learned in recent years is that we cannot take such commitments for granted.
The COVID-19 pandemic which emerged in early 2020 has submitted states to one more stress-test, perhaps the most strenuous of them all. Governments have had to manage a welter of pressures which have often come into critical conflict with each other, activate an adequate public health response, keep the wheels of the economy turning, avoid widespread public discontent, honour constitutional commitments, address unexpected social crises, and the like. And, just as democracies have become increasingly diverse in recent decades, so their responses to the pandemic have been markedly varied. Each of them has shown its true colours. Sadly, the metric for gauging their performance as functioning democracies has too often been the death count.

How has Ireland done? The current issue of Studies features an impressive series of essays by a team of academics and scholars from the Law School of Trinity College Dublin, who in June 2020 established the ‘COVID-19 Law and Human Rights Observatory’ to explain, analyse and critique Ireland’s legal response to the pandemic. The Observatory’s overall judgement is that there is ‘much to commend in Ireland’s legal response to COVID-19’. They note that ‘a public health emergency is not grounds for use of emergency powers in the Irish Constitution’, yet the Irish state’s approach to the pandemic ‘closely resembles a typical constitutional emergency response, heavily reliant on executive action in the form of regulations made by the Minister for Health’. In the circumstances this may have been necessary, but on any occasion when there is an exceptional shift in the extent of state power or in the manner in which it is exercised it is important that it be monitored – especially in these times when democracy has proven to be fragile even where it was thought to be most at home. For this reason, the learned and judicious oversight which the Observatory provides both in these pages and on their website is invaluable. In his essay on ‘The “rapidification” of modern life’, Professor Mark Bell draws attention to Pope Francis’s promotion of ‘integral ecology’ in Laudato Si’, specifically with respect to the need for rest and for creating quiet space for dialogue and ‘serene reflection’. It could be argued, however, that all the essays produced by the Observatory share this same sense of ‘integral ecology’, namely, an attentiveness to the human and social dimensions of ‘care for our common home’.

The primary instigators of this initiative, Professor Oran Doyle and Dr Conor Casey, provide a separate introduction to their work in the foreword which follows this editorial. It only remains to say that their generous collaboration has been a considerable boon for Studies and is greatly appreciated.
***
In the Autumn 2021 issue of Studies, Romy Dawson examined the theme of ‘home’ in the poetry of Seamus Heaney. A complementary piece by the same author in the current issue treats of Heaney’s intense relationship with the earth and with soil, with ‘watery ground and tundra vegetation’, so intense as to be, in his own word, a kind of ‘bethrothal’. Also in this issue is Patrick Comerford’s wide-ranging reflection on Afghanistan in the aftermath of the fall of Kabul. What his fascinating stories, anecdotes, and historical explanations all serve to impress is that Afghanistan is very much more pluralist, complex, and culturally rich than people may imagine, and that it has always been part of the greater ‘Euro-Med’ world.
One of the review articles in this issue is by Bruce Bradley SJ. It is a thoughtful and incisive assessment of Derek Scally’s important book, The Best Catholics in the World: The Irish, the Church and the End of a Special Relationship. Fr Bradley finds much to admire in this work. He sees it as a ‘brave enterprise’ that stands apart from other recent critiques of the Catholic Church in Ireland mainly by being the work, not of a hostile critic, but of ‘something much rarer in contemporary Ireland, “a grappling Catholic”, who is willing to acknowledge that, as he puts it, “something about this past is gnawing at me”’. This doesn’t, as Fr Bradley is quick to note, make Scally a reliable voice on all matters. His apprehension of the theological culture of the Church as well as the sociological culture of the religious orders is quite imperfect. And more importantly, he has in common with fiercer critics the tendency to see the Church as an outside entity, an alien force, a ‘them’ who have come among ‘us’ as colonisers. But none of this takes from the substantial value of the work. Scally speaks because he must. ‘We must talk too,’ Fr Bradley concludes, ‘and this book should stimulate some much-needed conversation’.

Bruce Bradley held the editorship of Studies for ten years, from 2011 until just a few months ago. As his replacement, honoured to be the first lay person to hold the post, I am most grateful to him both for his terrific work as editor and for his kindness and generous availability as I have been learning the ropes.